Hi, I am Tony. I developed FilipinoDatings.com. A free dating website to hook up Filipinas with men in the West for dating, relationship and marriage. I need to verify some terms to make sure you understand what I mean. Filipinas are women who live in the Philippines or simply women citizens of the Philippines. Men in the west are Western men, but Pinoys who are living in the West are still called Pinoys, they are, in my experience, never called Westerners or men from the West. They are simply called Fil-Ams (Filipino-Americans) for example. 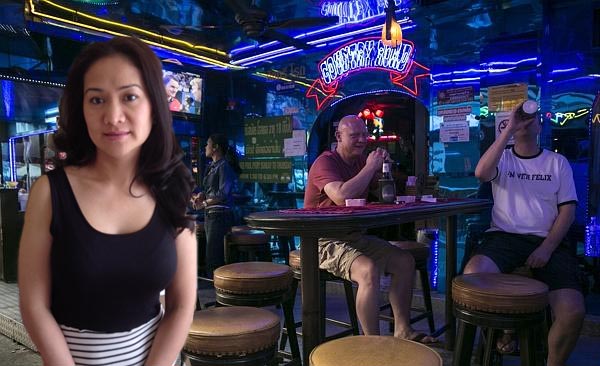 Filipina lady and American men in the Philippines

Every year, thousands of single men from the West visit the Philippines to date or get married with Filipinas whom they already know through the online dating sites or introductions from families or friends. Single men go to the Philippines to get married with women is a long story. There is success and happiness but also failure and suffering. Let me list some details so that we can reflect together, whether or not it’s a wise choice to marry a Filipino woman and sponsor her to live abroad. I also like to say about what type of women you should choose if you want to sponsor her to the West.

You are so lucky to be a single man who lives in the West. It doesn’t matter whether you were born or naturalized citizen in the West, you are the dream of thousands of Filipnias who live in the Philippines. You know what I mean. Many of them dream to marry a foreign guy so they can come abroad to work and make money.

Filipino women are popular to Western men because they are stunning and beautiful. Their personality is outstanding. When you see a white man and an Filipino woman, what do you think? The question that comes to your mind would be how an Filipino woman attracts to a Western man that much.

Filipino women have outstanding personality that Western women don’t have. One of the personalities that are observed is the way they behave with their husband.

The main reason that a Western man wants to marry a Filipino woman is the physical appearance and personality. They have shiny black hair, slender figures, and appealing eyes, which attract to men a lot. They put high value in their relationship and marriage. They are faithful with their husband. They don’t do anything to damage their marriage. A Filipina will stand by your side no matter what you do. She will help and support you. The way that she behaves plus the beautiful slender figure make her a complete model wife. Filipino women are good house workers. They manage and organize the household very well. 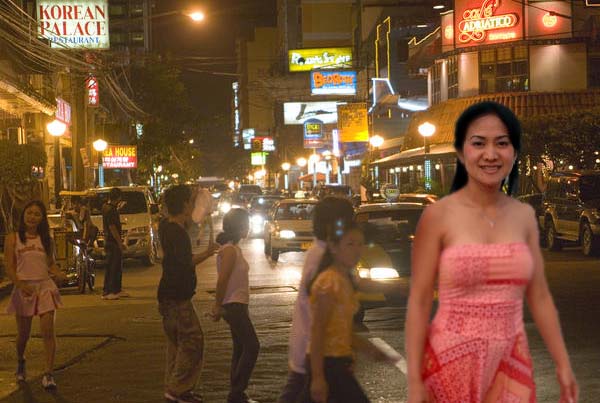 Filipinas in Manila street of Philippines

In general, it’s hard for a man to recognize a woman who really loves him or just want a VISA to come to a Western country. Filipino women who live in the West are different from women who live in the Philippines. You need to pay attention to the way she talks to conclude whether or not she is reliable.

When dating or marrying Filipino women in the Philippines, you should carefully choose the gentle person who has good personality and beautiful physical appearance. There are many good women living in the Philippines. On Filipinodatings.com website that I developed, most women are very decent and honest. If you like to interact with “instant noodles” type of woman, you should be careful. Good and decent women will not accept the liberal lifestyle like instant noodles style. They will choose a good man to get married with so it takes time get know each other. When you got her heart, she is yours forever. In other words, if a Filipina accepts you to be her husband, then you marry her for life.

There are many older men who married a woman like 30 or even 40 years younger than they are. Most of such relationships will break up when they are in the West. Some men don’t care about that. If the marriage breaks up, then he will go back to the Philippines to marry another woman.

It doesn’t matter whether you are a rich or poor man, women will go around you and treat you like a king when you’re in the Philippines. You can pick the best one to date with. Your dollars value so big in the Philippines so you have many options to choose the dream woman. I suggest that you find a woman with good personality whom will grow old with you when she comes abroad.

Men in the West love Filipinas because of their physical appearance and personality. Most of women in the Philippines are sweet, lovely and young. They are in the age between 20 to 30 years old. They speak English very well. They love men in the West because they are treated with respects and good manner. However, most of Filipinas change when they come to the West because they learn the Western culture. But they still keep the traditional value like family oriented, submissive, gentle, and so on.

Nowadays, there are thousands of single men in the West get married with Filipinas every year. There are about 20% of unhappy couples which break up along the road. Many people say that, “Why did you go to the Philippines to marry her? She divorced you, see?”. In fact, many local couples in the West get divorced too. The divorce rate is even higher than 20%. So, it’s not about you get married with a Filipina and sponsor her to the West, she divorced you.

If you have an opportunity to marry a young woman, then why not do it? You choose a good woman, I think your relationship works out just fine. Most of young Filipinas are seeking a husband in the West so they can live in the land of opportunities. You can find a woman who is younger than you 20 or 25 years old at ease in the country.

How to choose the right woman?

Women today have changed a lot in this modern age, especially when they go to developed countries to live for a while, they will become accustomed to Western culture. When you get acquainted with a Filipina, you have to think that she will change when living abroad. You need to adjust your own thinking and behavior to fit her or choose a woman that meets your standards of up to 150 percent. When living abroad for a few years, she will change about 50 percent to remain 100% that fit your standards.

Before deciding to search for a Filpino woman for marriage, you should think about what type of woman you like. You can search for many women at Filipinodatings.com and contact them. Then, you select the best ones to chat with. You will need a few months to chat with her to make sure she is the best one. You can have a few women to meet in the Philippines to choose the the perfect life match.

In general, you should choose a woman that suits your standards. Pay attention to her personality in stead of her physical appearance. When you get acquainted with a Filipino woman online, you don’t have much time to communicate with her. If you are an expat in the Philippines, then you have more time to hang out with her before marriage. If you decide to marry a Filipina and sponsor her to the West, then you should not marry her during the first trip. You should spend a few weeks there to know her and her family. Then, you can go back to your country and carefully think about whether or not she is a perfect match before coming back to get married.

I like to share this with you about cultural custom in the Phillipines. Most Filipinas think that marriage is the serious commitment in their life. If you are truly serious, then marry her and sponsor her to live abroad. However, I advise you not to marry a Filipina for just having sex and then run away. That’s not nice at all.

Again, I am Tony. I developed Filipinodatings.com to hook up singles online and go further for marriage. If you are single and looking for a Filipina, then please sign up for a personal profile to get started. Thousands of single women in the Philippines are waiting to meet you online.

Good luck and have fun!